This proposal is part of our larger investigation that seeks to develop “rational” (or “scientific”) principles to enable practitioners (visual artists, designers, engineers and scientists) to better understand and inform the design (and eventual evaluation) of visual digital media: data-driven visualizations, animations, pictures and diagrams. Such principles could enable the integration (and reconciliation) of conventions developed by artists, designers, scientists and engineers with findings from the science of perception and cognition (and the social sciences more generally). 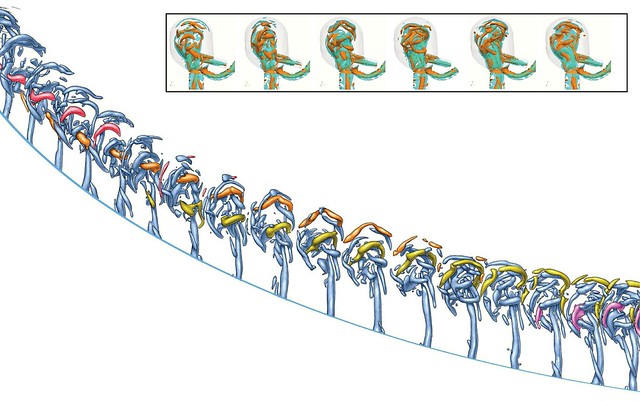 Specifically, this project proposes to demonstrate and refine our novel concept for producing “caricatures” or “amplifications” of “relevant” details in fluid flow visualizations in order to increase their usability. Examples include: depictions of hurricanes in a nightly weather report, simulations of air currents over an aircraft wing, an artist’s depiction of a smoke column in a painting or animation. Our proposed project prototypes the visualization of blood flow in a patient’s artery for a clinical decision making scenario. By way of clarification:

Flow visualization is used in many critical industrial domains, such as aerospace and automotive, weather and the environment, and in the medical sciences. A major problem is that flow visualizations, originally developed by engineers for engineers, tend to be rich in superfluous detail, whereas recent investigations have suggested that perception of the gross flow structures would be adequate, and perhaps even more effective.

Decades of engineering research have highlighted the central role of “disturbed” blood flow patterns in the development of treatment for the vascular diseases that cause most heart attacks and strokes, yet this knowledge is still not routinely used by doctors. The way information is presented to a doctor plays a direct role in the effectiveness of their decision-making, and so the absence of effective and simple visualizations of blood flow is a barrier to their introduction to the clinic.

Traditional visualizations from computational fluid dynamics (CFD) simulations, provide rich detail, yet sketches, outline drawings, and even caricatures, have enabled responses with greater speed and accuracy. If these are more effective, which details should be eliminated, and which should be “amplified” or “caricatured”?

With caricature, an author/artist eliminates irrelevant details, thus amplifying relevant details. A caricature of Prime Minister Stephen Harper could be thought of as “looking more like Harper than Harper.” In fluid flow visualizations, what details are irrelevant and relevant?

Perceptual science suggests a way to identify irrelevant details. An organism’s perceptual system is induced when it picks up stimuli produced by environmental change and variation. We will develop ways to eliminate unchanging and unvarying details from our flow visualization. By emphasizing changing elements, we hope to visualize the “essence” of the flow visualization.

Though we will focus on fluid flow visualization in the clinic, findings are expected to inform the emerging science of visualization, and contribute to understanding visual digital media across art, design, engineering, and the sciences. 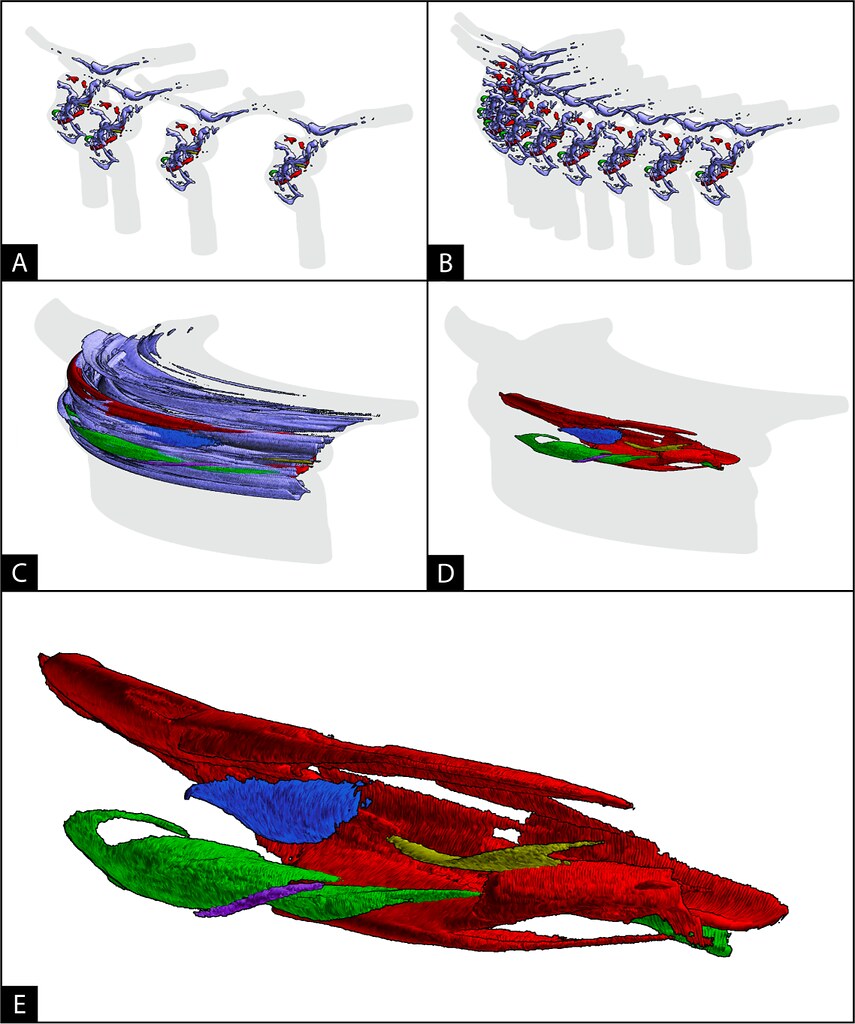 Max Julian developed an automated approach to producing 4D flow visualizations based on the prototype created by Coppin and Harvey. 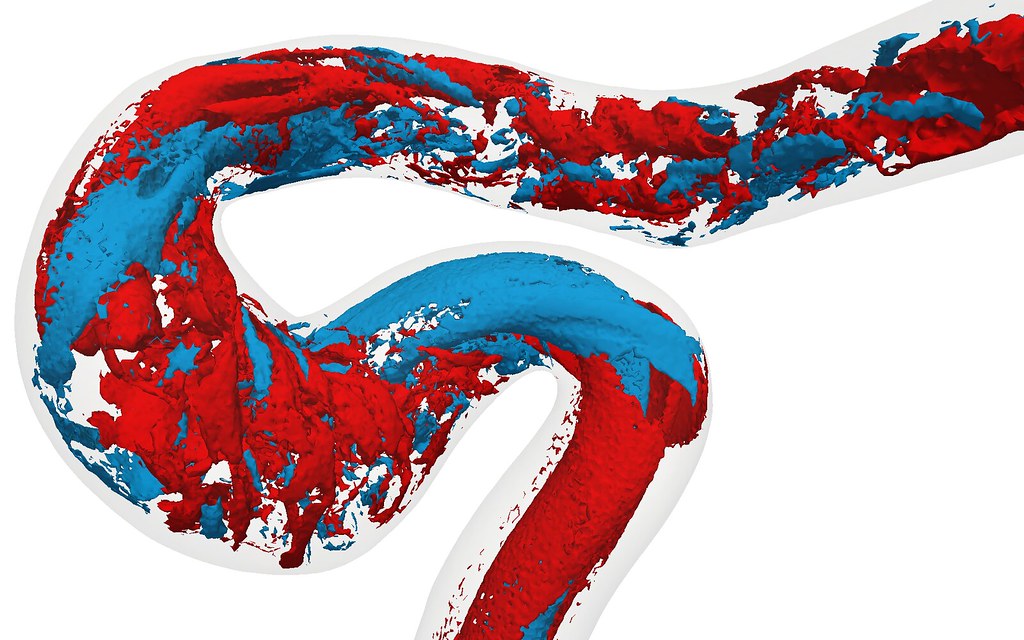 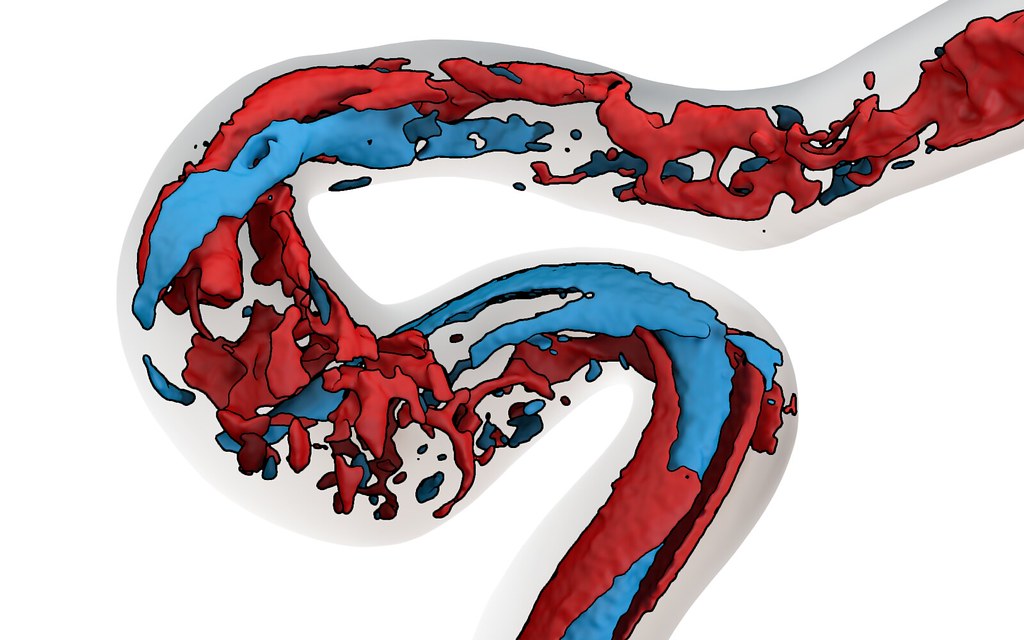 One thought on “Flow Visualization via Amplification and Caricature”